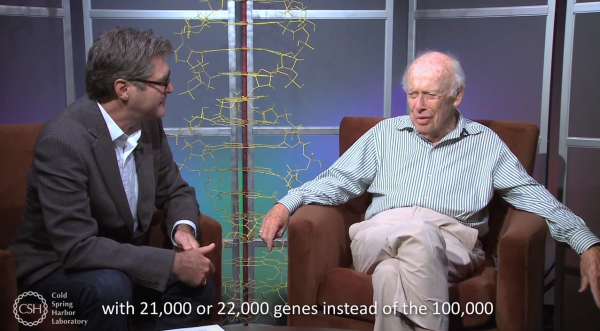 Meeting between colleagues at Cold Spring Harbour Laboratory. Capasities both of them!

Attended the excellent FarGen 2013 conference, where this video was shown (link on the picture or above). This presentation was a compensation as James Watson due to health had cancelled his announced attendance to the conference. An inspiring interwiev.

David Micklos, the interwiever, participated at the conference, but in addition he arranged a workshop for high school pupils on genetics – with DNA technology that fitted in a suitcase. He did this skilfully and with ease, with lot of experiences from his job as leader at the DNA Learning Centre, where thousands of pupils of all ages take courses every year.

If we her in the Faroes did the same and began to educate the citizens on DNA, then they might not be so scared of the FarGen project.

I think  it is unetical not to continue with the planned FarGen project, if in any way it is possible! 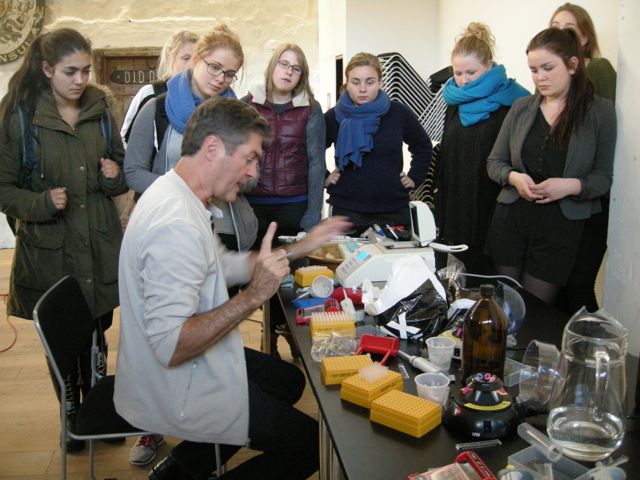 After a long day and the buses waiting the students are still keen on David Micklos explanations for bitter taste and the genetics behind!