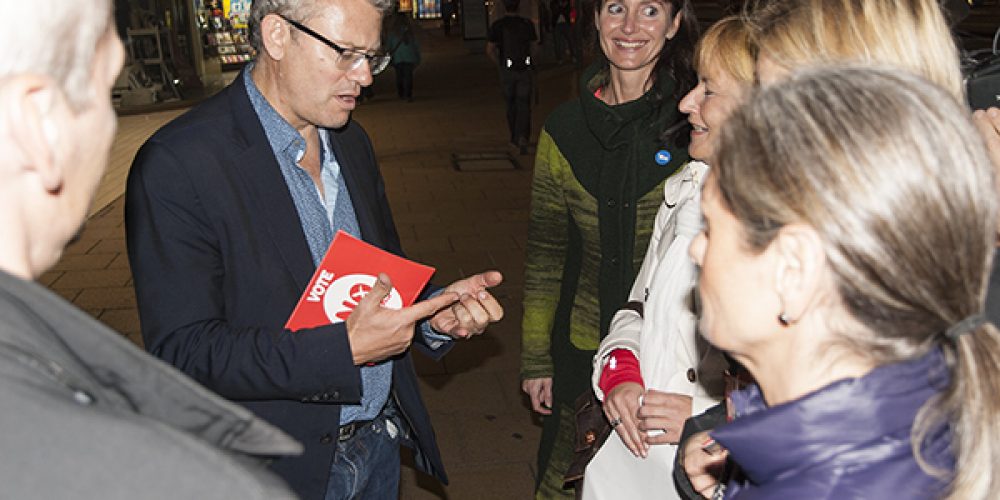 Should Scotland become an independent country – yes/no! A simple question with a simple answer. Of course YES!  – And ewen though the polls indicate that it will be very close, people are expecting the result to be yes. Lot of people have changed their mind in the recent months. It are those in doubt and those who said no that have moved on, og still more people support an independent Scotland. Those who are willing to take charge of their own country are not in doubt. 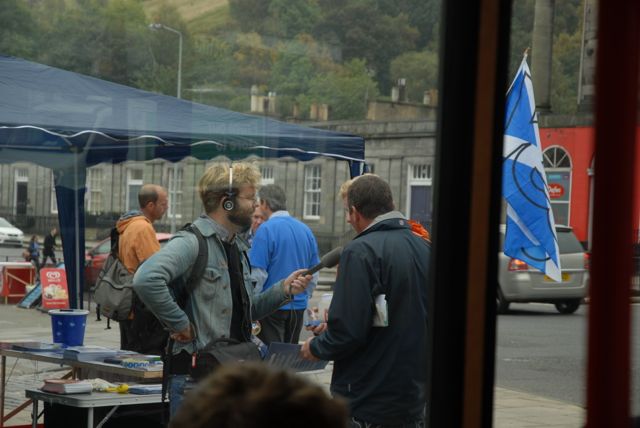 Stalls with YES supporters are everywhere, and the press is very interested.

Today, September 18., is a decisive day, and more than 50,000 supporters for independens have for months strugged to convince their co-citizens on the importance of scots their self chose the politics teir country should be ruled after – and not the government in London.

An historical decisive day, which I am lucky to experience. My whole life I have heard stories of the referencum in 1946, how the atmosphere was before, how the referenum was, and how the mood was after, and it was this atmosphere I wanted to experience by going to Scotland. I have to say that I am not disappointet, the atmosphere is vibrant, and people expect the result to be YES!

Those who support no seems very quiet – and they are more or less invisible. They seem to slip along the houses as shadows. They know they say no, but they cant’s say why. And they look rather sour! 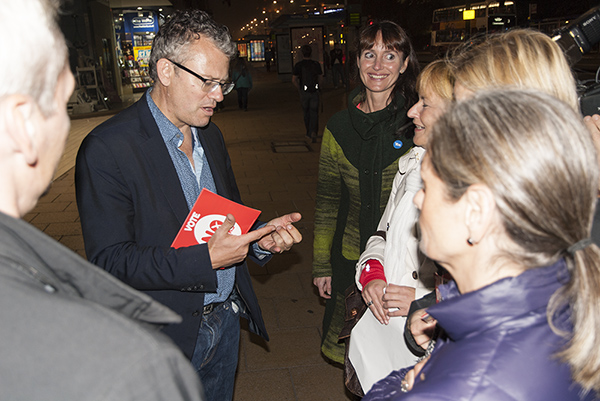 A no-voter in discussion with Faroese republican politicans – that is not an easy task. This is the only no-voter hitherto that openly admitted his stand. 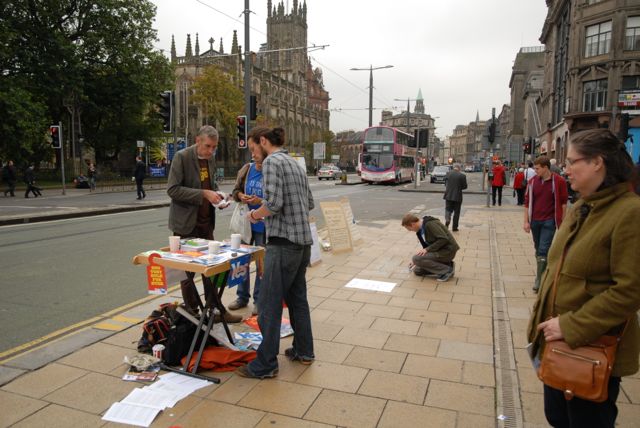 YES-stall in the middle of the road. 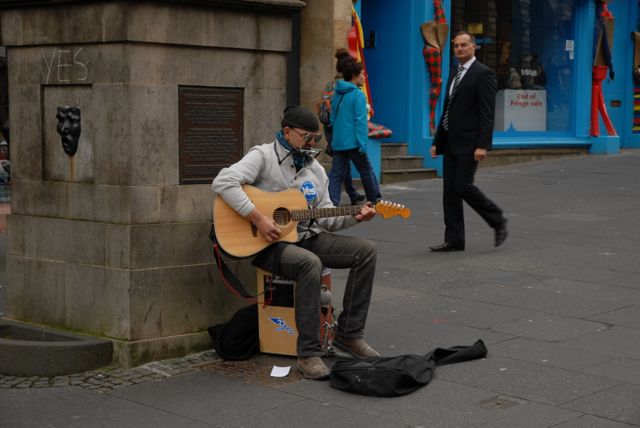 We write YES, we shout YES, we sing YES and we vote YES!